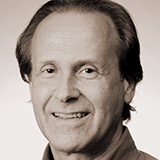 With a long-term goal of becoming a designated National Cancer Institute, the Cancer Institute has been expanding its capabilities in basic science research, clinical trials, outpatient treatment and drug development. Key to the drug development goal is the Cancer Drug Discovery Core, directed by David Pasco, assistant director and research professor of the National Center for Natural Products Research.

“The Cancer Drug Discovery Core acts as a very powerful, cohesive force between our campus and Jackson with respect to cancer drug discovery,” Pasco said. “Whenever we find something interesting, we can team up with scientists in the Cancer Institute. Their expertise matches a lot of the targets we are looking at in the Cancer Drug Discovery Core. It’s an opportunity for compounds to be followed up in a very comprehensive and detailed manner that was not possible before.”

Researchers at the Cancer Drug Discovery Core are searching for new drugs to block one or more of the 12 signaling pathways that relay messages between cell proteins, altering a cell’s gene expression profile. By blocking those pathways, new drugs may stunt tumor growth, stop metastasis and prevent other cell changes that otherwise allow cancer to thrive or relapse. Pasco and his fellow researchers recognize that natural products may have special advantages: they may be gentler agents and cause fewer side-effects than existing treatments, and they may be more effective at hitting multiple targets.

“We especially want to focus on multi-component cancer treatments,” Pasco said. “You’re never going to cure cancer with just one magic bullet. It’s going to take a concerted effort to prevent resistance and prevent the cancer from getting around chemotherapy.” 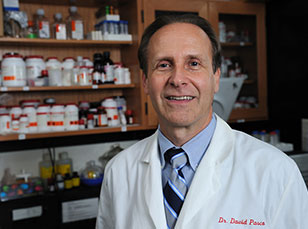 After completing the initial steps of drug discovery in Oxford, researchers in Jackson can begin the process of studying the drugs in humans. This collaborative approach to drug discovery will be key to earning a National Cancer Institute designation, according to Srinivasan Vijayakumar, director of the Cancer Institute.

“The road to NCI-designation has to go through Oxford,” he said. “NCNPR is a unique center. There isn’t anything like it in the whole country, and many of the drugs used to fight cancer are derived from natural products. We’re sitting on a wealth of information that could be used to help find new drugs.”

National Cancer Institute designation would be a major asset for Mississippi, according to Vijayakumar. The prestigious title is accompanied by $10 million in funding that would not only allow researchers to search for new ways to fight cancer, but also attract more expert doctors and researchers to the state.

“There are no NCI-designated cancer institutes in Mississippi, Arkansas or Louisiana. That’s something we need to overcome,” Vijayakumar said.

Along with the goal of accomplishing NCI-designation, another vision of the Cancer Institute is to educate the Mississippi public about prevention and early detection of cancer.

“In general, Mississippians have a tendency to present to doctors with more advanced cancer,” Vijayakumar said. “We need to emphasize awareness and focus on patients – their choice, their values, their convenience. For a rural state like Mississippi, that’s very important.”