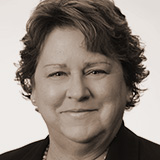 Nurses, physicians, engineers, computer analysts and pharmacists—all these professionals will be indispensable in building Mississippi’s future workforce. That’s why the University of Mississippi is committed to advancing its programs in science, technology, engineering and mathematics and in STEM education.

Alice M. Clark, vice chancellor for research and sponsored programs, directs the university’s Innovations in STEM Education Initiative, which received support through a grant from the National Aeronautics and Space Administration.

By substantially increasing the number of STEM professionals in the state, the STEM initiative will not only fulfill critical workforce needs but will also support economic development, competitiveness and quality of life.

“The STEM Education Initiative is an opportunity to leverage what is already a very strong culture of STEM learning and teaching here at the university,” Clark said. “We have a strong base of state-of-the-art STEM resources and programs to offer our students. By using these resources strategically within the STEM education initiative, the university will lead Mississippi in creating a new generation of scientists, mathematicians, innovators and technical professionals.”

Don Cole is co-principal investigator of the math department's GAANN award and AGEM in Mississippi.

Providing a well-rounded education has always been at the heart of the university’s educational mission. As such, the initiative will focus on ensuring that all students, regardless of major, achieve greater science literacy. The initiative also aims to prepare UM education majors—the state’s future teachers—to instill strong math and science foundations in their students. The effort is closely aligned with the university’s new UM 2020 Strategic Plan.

Activities on campus related to the Innovations in STEM Education Initiative include enhancing and expanding the facilities of “science row,” the 10 science buildings along University Avenue and the Circle, with an immediate priority of accommodating growth in chemistry research and education programs. A longer-term priority will be to construct a state-of-the-art science education and outreach facility. Already completed is a STEM “living learning community” in the university’s newest residential units, the Ridges. The STEM living learning community fosters academic and social camaraderie for STEM students by giving them extra access to tutoring sessions, career events, group meetings with faculty and distinguished visitors, and friendly STEM-focused competitions in fields such as robotics, programming and trivia.

A major goal of the initiative is to increase access to STEM education through undergraduate and graduate scholarship for students who are traditionally underrepresented in STEM, including first-generation college students, minorities, women and persons with disabilities. In that goal, UM has already achieved major milestones.

The university’s doctoral degree completion rate among minorities is higher than the national average, thanks to a range of UM programs and initiatives that make up the university’s broad effort to help minority students through recruitment, retention and financial support. The Ronald E. McNair Postbaccalaureate Achievement Program, supported by a grant from the U.S. Department of Education, provides mentoring and special attention to first-generation undergraduate students who are interested in attending graduate school.

“We have a strong base of state-of-the-art STEM resources and programs to offer our students. … the university will lead Mississippi in creating a new generation of scientists, mathematicians, innovators and technical professionals.”
—Alice Clark

The Alliance for Graduate Education in Mississippi, funded by the National Science Foundation, works to ensure underrepresented students successfully complete doctoral programs in STEM fields. The Increasing Minority Access to Graduate Education program is similarly tasked but focuses on undergraduate students. IMAGE was born from the Mississippi Alliance for Minority Participation, which is funded through Jackson State University by the National Science Foundation’s Louis Stokes Alliances for Minority Participation. These programs began with the recognition that more could be done to stimulate growth in the number of STEM-educated professionals in the country. 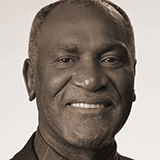 “Congressional leaders recognized that we were coming up with a shortage of trained people in the sciences and we were importing,” said Donald Cole, assistant provost, assistant to the chancellor for multicultural affairs and associate professor of mathematics. “Some forward-thinking individuals recognized that there was a need to increase the number of STEM graduates in the U.S. and they noticed that a big untapped market of that were minority students.”

IMAGE’s program offerings include a high school-to-college summer bridge program and tuition stipends ranging from $500 to $1,000 that increase when students excel. One of the program’s major goals is to establish a sense of community among underrepresented students.

“Aside from supplementing students academically and financially, we’ve found that it’s very important to make sure they develop socially here as well,” Cole said . “We put quite a bit of emphasis on participation. The idea behind the summer retreat is to get away from the campus and to create an atmosphere for students to take the reins, show leadership. Out of that comes our leaders.”

Together, the programs function as a pipeline, helping students transition through college and graduate school. Recent participants have gone on to earn doctorates across the STEM disciplines, and many have become leaders in their fields.

Ja’Wanda Grant, who graduated with a B.S. in chemical engineering in 2002, participated in the IMAGE program throughout her undergraduate career, serving as a counselor in the summer bridge program, organizing social activities and acting as a mentor and tutor to the program’s freshmen members. The experience was one of the hallmarks of her undergraduate experience.

“I loved it,” Grant said. “I met a lot of people through IMAGE, and most of us were on the same path. I think that was kind of like my family on campus in a sense. I wasn’t involved in a sorority until my senior year; for me, IMAGE was like that.”

Grant has carried the experience with her throughout her career. During graduate studies at the University of Tennessee Health Sciences Center, she helped found the Black Graduate Student Association. Her career focuses on making sure a new generation of undergraduates has strong support in its STEM studies. Grant, who received her Ph.D. in Pharmaceutical Sciences, is the founding director of Vassar College’s Quantitative Reasoning Center. Similar to a writing center but targeted toward quantitative courses, the Quantitative Reasoning Center supports students as they fulfill their STEM course requirements, providing tutoring in classes from economics to calculus to chemistry to physics. 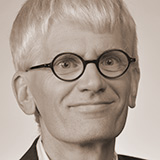 UM also has succeeded in supporting graduate student education for underrepresented groups in math and chemistry, thanks to two Graduate Assistantships in Areas of National Need, or GAANN, awards from the U.S. Department of Education. Susan Pedigo and Keith Hollis, both associate professors of chemistry and biochemistry, led their department in securing its first GAANN award in 2012. The Department of Mathematics has been the recipient of the GAANN grant four times, starting in 2000. Gerard Buskes is the principal investigator of the math department’s grant and Donald Cole is co-PI.

GAANN has helped the mathematics department greatly increase its number of graduate degree holders from underrepresented groups, particularly female and African-American students. GAANN’s fellowships assist graduate students with excellent records who demonstrate financial need and plan to pursue a Ph.D. in mathematics. In recent years, GAANN has allowed the math department to award full stipends to cover tuition and costs of living to approximately half of the department’s doctoral students. The program has shown remarkable dividends; in one recent year, UM was responsible for graduating one-third of the nation’s African-American Ph.D.s in mathematics. 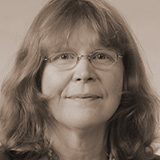 “Faculty members like Dr. Buskes, Dr. Pedigo and Dr. Cole have made the University of Mississippi a leader in STEM education by establishing highly successfully programs that engage and retain underrepresented students,” Clark said.

But the true heroes of the math department’s GAANN program are its students, Buskes said. “They’re the ones that go back to teach in colleges, some of them in Mississippi,” he said. “I was very pleasantly surprised that last year we had a student from Mississippi Valley State applying to our doctoral program—a student of one of the GAANN fellows. It went full circle. The students themselves are actually change agents. Their students are the ones who we are hoping will be our future undergraduate and graduate students.”