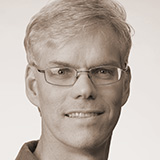 Although it may seem counterintuitive, experimental work under way in the north Mississippi hills may show that tornadoes and forest fires are not ultimately harmful to woodland environments, and could even be a helpful tool in restoring the diversity of native plants and trees.

Studying biodiversity is the passion of UM biology professor Steve Brewer, who has been pursuing separate projects in the Holly Springs National Forest and Strawberry Plains Audubon Center. His research is aimed at determining what forest management practices can best protect, restore or even maximize botanical diversity.

“What I’m interested in is how natural and human disturbances affect forests and how they affect biodiversity, with the ultimate practical goal of learning how to best manage forests,” said Brewer, adding that plant biodiversity also determines animal diversity and wildlife habitat quality.

“We would argue that the tornado damage combined with fire ended up being a good thing for maintaining the native plant diversity of this system.”—Steve Brewer

To the end of promoting and sustaining biodiversity, Brewer has been observing the effects of tornado damage, fires and salvage logging on oak-and-pine forest communities within the Holly Springs National Forest’s Tallahatchie Experimental Forest. 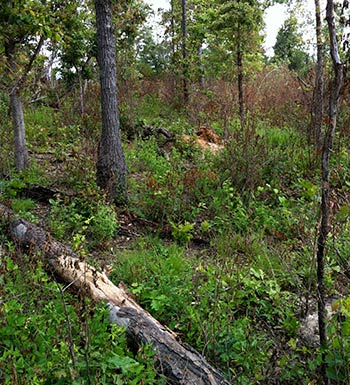 Felling some trees opens up the canopy

In a twisted stroke of luck, a 2008 tornado struck some of the field study plots Brewer had been monitoring. The natural disaster became an opportunity for a five-year research project funded by a U.S. Forest Service joint venture. Brewer’s research team set up plots adjacent to the ones that had been damaged by the tornado and watched to see how the woodlands recovered. They also duplicated the effects of wildfires and salvage logging to see how the plant community would respond. The results might seem surprising.

“The change in composition as a result of the tornado by itself was really modest,” Brewer said. “One of the things the tornado did was open up the canopy to something comparable to what it was historically, when it had more light. The list of species we had didn’t change, but what we had there was happier, growing more and flowering more.”

The native plants didn’t fare as well under the soil disturbance caused by salvage logging, in which heavy machinery hauled out fallen and damaged trees. After the fallen trees were removed, weedy species overtook the land. The findings suggest that the costs and risks of species loss should be considered before salvage logging is permitted following natural disasters.

Brewer and his team also exposed both the tornado-damaged forest plots and the undamaged forest plots to prescribed fires to mimic the forest fires of the past. Because modern wildfires are extinguished, and because roads, subdivisions and other stamps of human settlement passively prevent fires from spreading, today’s forest fires are markedly different from those of the past.

“We know from studying these forests and going back and looking at the history of the landscape to the early 1800s, that upland forests historically were fire-maintained open woodlands,” Brewer said. “In the 20th century, fire suppression caused these areas to become closed canopy forests, and that has resulted in the loss of some plant diversity, because of the shade.”

Brewer found the plots exposed to both tornado damage and fire showed signs of regenerating oak trees, which are native to the upland forests but have dwindled as other species such as sweet gums, elms and non-native maples have thrived due to fire suppression.

“The opening of the canopy from the tornado and fire reversed the competitive hierarchy between the oaks and the non-oaks,” said Brewer. “We would argue that the tornado damage combined with fire ended up being a good thing for maintaining the native plant diversity of this system.”

Meanwhile, Brewer has been employing similar tests to promote the restoration of an exclusively hardwood forest on a site at the Strawberry Plains Audubon Center. The experiment involves practicing controlled burns and even felling some trees to further open up the canopy. 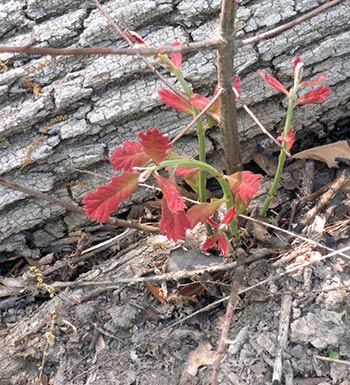 A resprouting oak after a tornado and fire

“The Audubon Center allowed us to go in and selectively thin the stands and do prescribed burning. We’ve been monitoring what’s been happening in terms of the vegetation, but we’re also looking at other organisms,” said Brewer, whose students have received fellowships from the USDA to study the spider community, fungi, ants, reptiles and amphibians.

“We’ve seen dramatic increases in reproduction and growth in plants as a response to our treatments,” he said. “Our hope is that with the increases of those plant species, we should be able to see how certain wildlife species respond.”

One animal species of note is the Northern Bobwhite quail, a game species that has been declining for 20 to 30 years. As a result of the UM team’s efforts, the area is being restored to the open woodland habitat that once supported the species.

“If it weren’t for the plants, there would be no quail,” Brewer said. “Its decline has been partially due to the closing in of the forests. We’re not just doing this for the plants. We want to restore wildlife habitat quality and biodiversity in general.”