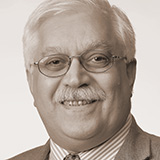 When the waters are rising and the threat to human lives is imminent, how can emergency managers know which areas must be evacuated most quickly?

An integrated flood-simulation software developed by the UM National Center for Computational Hydroscience and Engineering, or NCCHE, is on its way to becoming a standard tool not only for emergency planning but also for swift analysis in the face of a flood or hurricane.

“This new technology is unique in the world, and it is being offered free-of-charge to stakeholders of the Department of Homeland Security,” said NCCHE Director Mustafa S. Altinakar, a world-renowned computational hydroscientist who led the software’s development.

“When a dam fails, the huge amount of water impounded upstream is released downstream as a catastrophic flood,” he said. “If you have a population living downstream, that could mean loss of life, property damage and environmental damage. An emergency action plan based on numerical simulation is needed to identify which areas are likely to be flooded—and therefore, which populations must be evacuated.”

The Decision Support System for Water Infrastructural Security, or DSS-WISE, software created at the NCCHE does just that and is helping emergency managers around the nation in making informed decisions on evacuation plans in real time. DSS-WISE is being used by agencies such as the Headquarters and District offices of the U.S. Army Corps of Engineers, including the Vicksburg District and the USACE Engineer Research and Development Center, as well as the Mississippi Department of Environmental Quality, and the Department of Homeland Security Dams Sector Branch.

An emergency action plan based on numerical simulation is needed to identify which areas are likely to be flooded—and therefore, which populations must be evacuated.

Beginning in 2007, the software was developed through multiple fundings from the DHS Science and Technology Directorate under the SERRI, or South East Region Research Initiative, Program, monitored by Oak Ridge National Laboratory. In 2012, the NCCHE developed a Web-based automated version of the software called DSS-WISE Lite, in collaboration with the DHS Dams Sector Branch and U.S. Army Corps of Engineers Headquarters.

The automated version is accessed via DHS’s Dams Sector Analysis Tool, or DSAT, a Web-based application hosted by Argonne National Laboratory where dam owners and operators have secure access to state-of-the-art analytical capabilities to study more than 87,000 dams across the country that are registered in the National Inventory of Dams.

Using a GIS-based graphical user interface developed under DSAT, users can quickly and efficiently define dam-break scenarios and submit simulation requests to the NCCHE computer server on the UM campus on any day at any time. Input data is prepared and simulations are processed swiftly, without any human intervention, and the results are made available to the user on a secure FTP site.

“Generally, the simulations at 30-meter resolution are finished before half an hour, while those at 10-meter resolution may last a couple of hours,” Altinakar said. “The users get their inundation maps very quickly, and can use them to analyze daytime and nighttime populations living in that area, and the number of residential buildings and critical infrastructures that are in danger of flooding.”

The service began as a single-state pilot program in February 2012. By the end of March, 21 states were participating in the pilot study, and in 2013, the automated dam-break flood simulation and mapping tool were made available to all 50 states. As of April 2014, a total of 1961 simulation requests have been submitted by 81 users from 37 states, including dam owners, state dam-safety officials and emergency managers, all looking to lower costs of dam safety studies, work faster and make informed planning decisions. The number of requests is constantly increasing, with the system performing on average 5-6 simulations per day.

FEMA’s Region 4, covering eight Southeastern states, including Mississippi, tested DSAT/DSS-WISE Lite as an emergency management tool during the 2013 hurricane season. The system may be adopted as a standard tool for all FEMA regions nationwide. USACE Modeling Mapping and Consequences (MMC) Production Center has been pilot testing DSS-WISE Lite to manage a portfolio of 700 dams owned and operated by USACE.

Emergency managers in Mississippi appreciated the value of the software tool during the 2011 spring floods, during which the NCCHE calculated several hypothetical levee breaches along the Mississippi River. When Hurricane Isaac struck in late August 2012, the NCCHE was called upon again to calculate the risks from dams in danger of failing, including one at Percy Quin State Park in Pike County.

“We received phone calls asking us to provide the inundation maps showing what would happen if the dam failed,” Altinakar said. “We were able to simulate the dam-break failure in less than half an hour, and to provide the maps of maximum flood depth and arrival time to a distance of 65 miles downstream.” 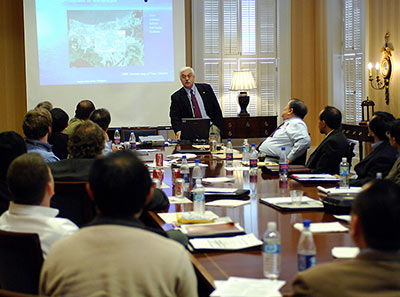 Later in the same week, waters in the swollen Pearl River threatened a failure at Lock 2 north of New Orleans. As residents downstream in Mississippi and Louisiana faced the threat of flooding, NCCHE scientists raced to campus to provide flood-simulation maps needed by FEMA Region 4.

After the incidents, thank-you letters poured in from federal agencies and governors’ offices.

More than one-third of about 25,000 high-hazard and significant-hazard dams around the country do not have emergency action plans in place. In addition, existing emergency action plans need to be regularly reviewed to take into account eventual developments downstream. This puts an enormous burden on state dam safety officials who are in charge of dam safety.

The DSS-WISE tool gives dam-safety officials the chance to create those plans at the moment they’re most needed—fast and free of charge.

“We are saving millions of taxpayer’s dollars by providing this service,” Altinakar said. “Each dam analysis done by an engineering company would cost at least $10,000 and take up to a couple of months to complete.”

The technology stands to provide a host of future opportunities for the NCCHE and Ole Miss. A new contract with the U.S. Army Corps of Engineers and Argonne National Laboratory in Chicago is allowing the NCCHE to develop new capabilities for the automated analysis system, while other contracts are pending.

Altinakar is receiving inquiries from countries including Canada and Brazil about the possibility of using DSS-WISE technology to provide mapping for their dam systems.