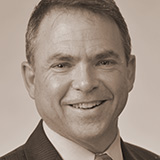 A new collaborative effort between the University of Mississippi and Mississippi State University aims to attract exceptional students to the teaching profession—and to keep them there.

Education leaders at the University of Mississippi and Mississippi State joined forces to pursue METP’s creation after recognizing an opportunity to work together to fulfill Mississippi’s need for improved teacher quality. Designed to appeal to students who might not otherwise consider teaching as a career, the elite program complements the universities’ existing teaching programs and focuses on preparing English and mathematics teachers. These teachers will be vital in Mississippi’s public school classrooms as the state adapts to the Common Core State Standards Initiative, which establishes rigorous national standards for math and language arts instruction.

“This program is probably the most significant and best funded opportunity for teacher preparation our state has ever seen,” said Dr. David Rock, dean of the UM School of Education, Mississippi’s largest producer of teachers and educational leaders. “This is a game changer; it could literally change how people think about teacher preparation, not just in the next year, but for the next five to ten years.”

“[METP] is a game changer; it could literally change how people think about teacher preparation, not just in the next year, but for the next five to ten years.”
—David Rock

At the University of Mississippi, METP student fellows received acceptance into the Barksdale Honors College. They are linked to education from their first day on campus, as they study leadership, service and social issues related to teaching through a one-hour METP course. Cross-campus visits between Ole Miss and Mississippi State allow students the opportunity to work together and learn from one another’s faculty and staff. During a study abroad experience before their senior year, students will have the opportunity to visit high performing schools in the United States or abroad. Students also have an opportunity to participate in national professional teaching conferences.

Ryan Niemeyer, assistant professor of leadership and counselor education, serves as the program’s director on the UM campus. Niemeyer is building the program’s educational components and recruiting its high achieving student fellows, including many native Mississippians.

“The current fellows have an average ACT of 28.5 and an average GPA of 4.0, and up to 160 students will be recruited over the first five years,” said Niemeyer. “Over time, they’ll make a significant impact in Mississippi’s classrooms.”