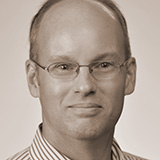 The works of Nobel Prize-winning writer William Faulkner made their way around the globe decades ago, delivering Mississippi stories to the world’s readers through more than a dozen languages.

But 50 years after the author’s death, it’s thanks in part to the University of Mississippi that his fans are still able to, in a sense, come to him.

“A great deal of his legacy has now fallen to the university,” said Jay Watson, Howry Professor of Faulkner Studies in the UM Department of English.

The university’s stewardship of Faulkner’s legacy has a variety of aspects. The author’s Oxford home, Rowan Oak, is maintained and operated as part of the University Museums system and welcomes more than 20,000 visitors a year. A thorough 2005 restoration has helped to preserve the 170-year-old house and its furnishings against the decaying forces of time and weather.

“We have a teaching and research mission that we are also stewards of. We want to keep Faulkner in the hands and in the minds of readers.”
—Jay Watson

The university maintains a collection of important Faulkner papers, manuscripts, correspondence, photographs and publications as part of its Archives and Special Collections holdings at the J.D. Williams Library. And each summer, UM welcomes more than 200 scholars and fans to the Faulkner and Yoknapatawpha Conference. The 2012 conference marked an opportunity to step back and take a broader view of the meaning of Faulkner’s life and work, as July 6 was the 50th anniversary of the author’s death in 1962.

“At a half-century after the close of his career, we were trying to take stock of his significance—for American literature, for Southern culture, for his impact on other writers and his impact on the state,” Watson said.

Besides the annual conference, several special community-oriented events were organized as “A William Faulkner Remembrance.” They included a marathon reading of Faulkner’s last novel, The Reivers, on the grounds of Rowan Oak. Keynote talks by scholar Philip Weinstein and writer Randall Kenan were given in the courtroom at the Lafayette County Courthouse. Finally, a free community screening was held of the 1969 film adaptation of The Reivers at a historical Oxford theater.

For Watson, part of the beauty of the remembrance was that among the several hundred people taking part, many were not from academic circles.

“These were local, community people who wanted to celebrate an important part of our local culture and make a strong statement about literacy in our community,” he said.

But perhaps the most important way the university is helping to preserve and advance Faulkner’s legacy is the most elemental: through the education of its students.

“We have a teaching and research mission that we are also stewards of,” Watson said. “We want to keep Faulkner in the hands and in the minds of readers.”

To that end, faculty members across the English department take advantage of opportunities to weave Faulkner works into their courses.

“I’m not a lone voice here speaking up for Faulkner,” Watson said. “I have so many colleagues who really enjoy teaching his work, introducing his work to students and doing research on Faulkner-related topics. I think the university has done a good job of embracing this responsibility of stewardship, and it’s my hope that will continue for generations to come.”