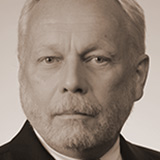 Fifty years ago, prosecutors could rely on paper trails and crime scene photos to provide courtroom evidence. But the transition from a paper-based world to a digital one has brought many murky questions. In today’s digitized society, where does privacy end and what are the limitations of a search warrant? Questions like these represent the core of the Cybercrime Initiative led by the University of Mississippi’s National Center for Justice and the Rule of Law.

“Even in a garden-variety case that would otherwise have had nothing to do with cybercrime before the advent of digital evidence, there’s a possibility or likelihood today that we are going to find some digital evidence,” said Thomas Clancy, director of the center and research professor of law. Founded in 2000 and based at the UM School of Law, the center has received funding from the Department of Justice, the Bureau of Justice Assistance and the Office of Justice Programs.

The University of Mississippi’s School of Law is housed in the new Robert C. Khayat Law Center.

Clancy established the Cybercrime Initiative in 2002, when his expertise in search and seizure led him to anticipate the expanding role digital evidence would play in law enforcement. Since then, Clancy and his colleagues have served a national need by offering continuing education opportunities to judges, prosecutors, law enforcement agents and others regarding computer-related crimes and the legal framework used to seize digital evidence. Over the past decade, the center has hosted dozens of conferences and webinars on cybercrimes from ID theft to fraud to child pornography; some of the conferences have been conducted in partnership with the National Association of Attorneys General. Although the center is national in scope, the Cybercrime Initiative has been particularly beneficial in its home state.

“We’ve worked very closely with the attorney general’s office to help them create, develop and provide expertise and training for their cybercrime unit within the state of Mississippi.”—Tom Clancy 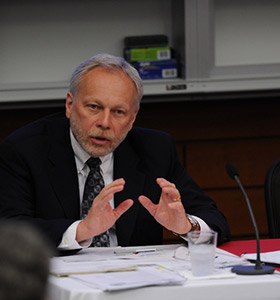 “We’ve worked very closely with the attorney general’s office to help them create, develop and provide expertise and training for their cybercrime unit within the state of Mississippi,” Clancy said. “The Mississippi Attorney General’s office has one of the better units in the country, which has been there for almost a decade now.”

Besides spearheading the Cybercrime Initiative, Clancy also founded two law school programs through the center. The Prosecution Externship Program places UM law students in prosecutors’ offices throughout the state, allowing them to gain valuable experience while at the same time assisting the state’s prosecutors. The Criminal Appeals Clinic allows UM law students to represent convicted persons on appeal. Both programs were initially run through the center and have since been adopted by the School of Law.

“The Criminal Appeals Clinic increases the quality of the representation for those people on appeal and gives the law students real hands-on experience, providing the appellate courts with quality arguments and generally improving the state’s criminal justice,” Clancy said. “On one side, we’re helping prosecutors; on the other, we’re helping the courts through the representation of people.”