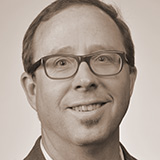 For all the riches to be found in the poor man’s music, there are as many stories to be sliced and savored at the Southern table.

The study of food today as a fresh window into culture, history and society parallels the work of music scholars a generation ago, said John T. Edge, director of the UM-based nonprofit Southern Foodways Alliance.

“For a long time, we as Mississippians didn’t value the contributions of musicians, especially in the blues tradition, but that has been corrected today,” he said. “Here’s another frame of reference that needs to be adjusted. We hope that by way of telling the stories of those previously unheralded cooks and farmers and artisans, that we tell an honest story of the South that hasn’t been told before.”

Founded in 1999, the SFA has invested more than $1 million over the past decade in oral history and film work to preserve and document the stories behind Southern food.

“We hope that by way of telling the stories of those previously unheralded cooks and farmers and artisans, that we tell an honest story of the South that hasn’t been told before.”—John T. Edge

Most recently, a new SFA film effort, the Southern Documentary Project, tells the story of Jackson’s Farish Street in the 1960s. While the 1964 Civil Rights Act began a wave of positive changes, desegregation actually may have crippled black restaurants in the African-American business district.

In researching that story, much of the work is being conducted by graduate students through the SFA.

The SFA’s first large-scale documentary project, the Mississippi Delta Hot Tamale Trail, remains its most robust effort to date. Published in 2006 as an online guide, the trail takes visitors from Tunica to Vicksburg through photos and oral histories of tamale-making families.

“If you want to understand immigration and its effect on the Deep South, then come to Mississippi and travel the Tamale Trail,” Edge said. “You’ll realize that Mexican immigrants who began arriving in the early 20th century to work bumper cotton crops have had an impact on this area for more than 100 years.”

Those are just the sort of discoveries cultural and culinary tourists delight in finding, Edge said.

“We used to talk about tourism and say, ‘Well, when people travel to go see this museum or visit the home of this writer, they have to eat along the way,'” Edge said. “Now, many people travel to eat. It’s a primary draw, because the new, sophisticated traveler understands that food is a portal to culture.”

The SFA is serving up what such tourists are hungry for by debuting a vibrant new website to house and share all its materials, as well as a smartphone application that visitors can explore on the go.

“We’re investing both in the places we document and in the ability of the traveler to find those places,” Edge said. “It’s an investment in the cultural economy of Mississippi.”