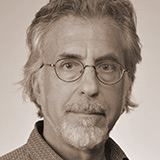 Although they may be the tiniest living players in the Mississippi River’s food web, algae and bacteria are vital to sustaining the ecological health of the river and its tributaries. Clifford Ochs, associate professor of biology, has dedicated his research to understanding the river’s microbial ecology, including the connections between its microbiology, chemistry and physical characteristics.

“Microorganisms are at the base of the food web. They’re everywhere, they’re very abundant and they grow fast,” Ochs said. “Microorganisms are also the most important group of organisms for chemical cycling. They take up many chemicals and change the form of chemicals in the environment, in some cases, for example, increasing the effect of a pollutant, but more likely decreasing it.”

Working with students and colleague Colin Jackson, associate professor of biology, Ochs is studying the diversity, growth rates and metabolism of algae and bacteria in six large river systems, including the Ohio, Illinois, Missouri, Arkansas, Tennessee and Mississippi rivers. In the first year, Ochs and his team found evidence that the rivers vary in their bacterial community structure, and even in the metabolic activity of bacteria, as well as in their chemistry and physical properties. The next step is determining the causes of such variation, particularly in microbial community composition and activity.

“Microorganisms are also the most important group of organisms for chemical cycling. They take up many chemicals and change the form of chemicals in the environment, in some cases, for example, increasing the effect of a pollutant, but more likely decreasing it.”—Cliff Ochs

“What we’d really like to better understand are the causal relationships of the river’s biology, chemistry and physical properties, like depth and light levels,” Ochs said. “For example, are differences in the rivers’ biology directly due to the differences in their chemistry, or are there other causes—for example, the accessibility of the river to organisms washing in from tributaries or the adjacent landscape?”

The project is supported by a competitive grant from the National Science Foundation. Additional funds provide stipend support for three graduate students and one undergraduate. In a testament to their hard work, all four students, Derek Bussan, Justin Millar, Jason Payne and undergraduate Alexa Lampkin, presented study findings at the 2013 meeting of the Association for the Sciences of Limnology and Oceanography Aquatic Sciences in New Orleans.

In addition to his research on bacteria and algae, Ochs has partnered with fisheries biologists in the U.S. Army Corps of Engineers in Vicksburg to study an invasive species of Asian carp in the Mississippi River and its backwaters. The silver carp were introduced inadvertently, likely in the mid-1980s, and have since thrived in the river system. Ochs and his students are examining what these carp are eating to evaluate the possible effects of their success on the river food web.

“Silver carp grow rapidly, get pretty big and they eat a lot at the microscopic level of algae,” Ochs said. “So people are concerned about whether they are going to change, or are already altering, the river food web in some way that could have negative consequences for native organisms.”

A third research project aims to study the effects of nitrogen fertilizers used to farm the fertile lands of the Mississippi valley. Nitrogen is important for all life and key to growing corn, cotton and other crops in the region, but fertilizer runoff can make its way into the river and surrounding waters. This excess nitrogen can flow down the Mississippi as far south as the Gulf of Mexico, where it has contributed to the development of a large “dead zone” too deprived of oxygen to support animal life. The project is a collaboration between UM, the USDA’s National Sedimentation Laboratory and Princeton University.

“We have been unintentionally fertilizing our rivers, our lakes and the Gulf of Mexico for decades due to runoff from our agricultural sites,” Ochs said. “What we’re trying to understand is the fate of fertilizer chemicals as they move across the landscape of the Delta, and what sorts of plants and microorganisms are involved in the movement of nitrogen, and the conversion of nitrogen-containing molecules from soluble forms to gas forms, or vice-versa.”

“I’m very interested in teaching people about the Mississippi River, and in teaching courses to non-science majors about how the river works as a fascinating ecological system. This includes a better understanding of what we take from the river, how it benefits us, how we manipulate it and what the river environment has meant to the different cultures that have lived in the lower Mississippi region over time.”

In fall 2013, Ochs taught a new Honors College course on the cultural and environmental history of the Lower Mississippi River. Students took six field trips, including an overnight canoe camping trip on a river island near Helena and a three-day trip to the south Louisiana coastal wetlands. Robbie Ethridge, professor of anthropology, co-taught the course.

“Ultimately, our health and welfare are directly dependent on the condition of the environment, and on how that environment has been perceived and treated by our predecessors,” he said. “If people can better understand their intimate connection to ecological systems, they will be less likely to damage those systems and more likely to do what they can to try to benefit and sustain them in a healthy condition. That’s critically important at all levels—for everybody, for our children and grandchildren.”