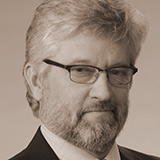 The most destructive river flood in the history of the United States swamped Greenville for eight weeks in 1927, its waters 30 feet deep. The damage was due in part to a levee failure at Mounds Landing, one so calamitous it left a 3,000-foot gap in the mainline levee system. Although there have been no failures of that magnitude since, disasters like the 2011 flood are a reminder to remain vigilant.

To help the state ready itself for the worst possibilities—and to avoid future levee failures—researchers at the University of Mississippi are working to assess risks, protect infrastructure and prepare residents.

“It’s been so long since a levee failed that there’s a lot of misconceptions about levees,” said Greg Easson, director of the Mississippi Mineral Resources Institute, known as MMRI, and a professor of geology and geological engineering. “Our goals are to assess the risks to populations and the risk to infrastructure, and to determine how individual counties are prepared.”

With funding from the Mississippi Emergency Management Agency and collaborators from the departments of Geology and Geological Engineering and Civil Engineering, MMRI is assessing flood vulnerabilities in the Delta by locating critical facilities, studying the topography where people live and even examining the potential consequences of an earthquake occurring concurrently with a flood.

“Our goals are to assess the risks to populations and the risk to infrastructure, and to determine how individual counties are prepared.”—Greg Easson

The first component of the project involves studying the security of the existing levee systems. During floods, pressure from rising water can cause sand boils to form on the dry side of a levee. Unchecked, these sand boils may cause levees to sag and topple.

Easson and his team use geophysical methods to understand the physical properties of sands, silts and clays and to map the subsurface of the Mississippi Delta. Electrical resistivity and conductivity allow the researchers to determine what types of soil are under the surface, further allowing them to develop conceptual models of the under-seepage.

A second component of the project studies weak zones created in the levees due to cracks caused by variations in moisture content, including exposure to heat and air. Understanding how the cracks occur will allow the U.S. Army Corps of Engineers to have a better sense of what locations need monitoring.

Meanwhile, ongoing research at the UM National Center for Physical Acoustics stands to further refine existing geophysical methods so that they can be more effective in detecting problems in dams and levees. 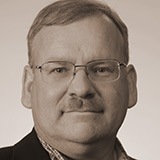 “In the past, the primary way to determine whether a dam might fail was by visual inspection—to drive down these dams and look for wet spots and soil movement on the backside,” said Hickey, who has partnered with Easson on geophysical work for MEMA. “But usually, by the time there’s enough evidence on the back side of the dam, it’s already severely compromised.”

And although modern geophysical technology allows for subsurface imaging using seismic techniques, the imaging resolution in those tests has been better suited for exploring vast oil reservoirs than for finding small weak areas in dams and levees.

Hickey is working to boost the resolution, as well as refining ways to ensure geophysical imaging is accurately interpreted in the field. In many cases, using both seismic and electrical techniques can ensure better readings.

The effort parallels the way imaging is used in modern health care.

“You might get an X-ray, and if the doctor suspects a tumor, he will also send you for an MRI,” Hickey said. “He looks at that and says, ‘OK. Now we know.’”

In advancing the technology, Hickey works closely with collaborators at the USDA National Sedimentation Laboratory in Oxford. Additional funding sources include the U.S. Department of Homeland Security and the National Science Foundation.

Bringing a geophysical-testing approach to the maintenance of Mississippi’s more-than-3,700 dams and the Mississippi River levee system would be no small matter. Field engineers must be trained to accurately read the studies, and the added cost of geophysical testing must be considered.

The approach could help preserve those dams and levees that might otherwise be actually damaged through traditional testing.

“The Corps of Engineers, for the most part, will do a visual inspection and then drill holes in the levee for testing if they suspect a weak spot,” Hickey said. “My goal is to advance this technology far enough that, before they drill, they would run these surveys and then decide whether to do some type of destructive testing.

“It’s similar to how you’d want your doctor to confirm a problem with an MRI before he opens you up for surgery.”

Looking further down the road, both Hickey’s and Easson’s projects stand to affect the way the next generation of engineers and scientists approaches the maintenance of Mississippi’s dams and levees.

“As academic researchers, our teams consist of numerous graduate students,” Hickey said. “The education we’re providing them will allow them to profit from these research developments, when they become part of the engineering teams responsible for evaluating the integrity of the dam and levee infrastructure and the associated risks to the public.”