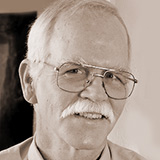 While Mississippi’s music, literature and heritage draw visitors for what they can experience today, a new collaborative project will invite them to experience the Mississippi of a thousand years ago.

Archaeologists at the University of Mississippi are partnering with researchers at three other institutions to create the Mississippi Mounds Trail, linking a chain of Indian mounds down Old Highway 61 from Memphis to Woodville.

“The information we gather will be used for roadside markers, where you can stop and read about the mounds, as well as for a booklet and signs,” said Jay Johnson, professor of anthropology and director of the UM Center for Archaeological Research.

Funded by the Federal Highway Administration and slated for completion in 2014, the project brings together researchers from Ole Miss, the University of Southern Mississippi and the University of North Carolina at Chapel Hill.

Research for the project builds on existing knowledge about the hundreds of mounds in the Mississippi Delta. Archaeologists’ work will include using LIDAR data collected by air to map the mounds’ location using precise elevation measures. They will also be taking core samples of the mounds and performing small-scale excavations along the base of the mounds to recover artifacts.

“The information we gather will be used for roadside markers, where you can stop and read about the mounds, as well as for a booklet and signs.”
—Jay Johnson

“We will come up with a picture of what the site looked like, and when we do the coring, we’ll have some idea of how complex the mounds were and use radiocarbon data to know when they were occupied,” Johnson said.

Even beyond the scope of the Mounds Trail project, the data collected through the new research will help archaeologists better date each mound and understand how the mounds relate to one another.

“Working with the other universities, we’ll be able to develop a timeline that transects the whole length of the state,” Johnson said.

The task of exploring Mississippi’s prehistory calls for blending ancient knowledge with sophisticated modern technology. The UM archaeology program incorporates a major emphasis on geophysics, an advantage both for effective research and for student training. Remote sensing can reveal a ring of trash deposits, burned structures and palisades, while a map based on magnetic signatures can reveal how many stages of construction a particular mound went through.

It’s a powerful way to learn more while disturbing less.

“You don’t have to dig the whole mound,” Johnson said. “Just enough to verify what you’re seeing.” 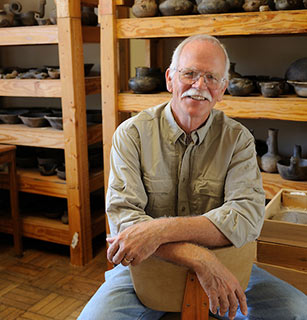 Johnson and his students have used such techniques at Graveline Mound in Gautier, where they discovered a ring of deposits heavy with shell and bone, suggestive of an ancient feasting tradition. The team used resistivity and radar to map the mound’s internal structure, which was verified by research and excavation by University of Alabama scholars.

“These sites weren’t chosen because they were in danger, but because research there would answer some questions about the prehistory of the Gulf Coast,” Johnson said. “The archeology of the Gulf Coast is not very well known.”

“We combined that with the chance to put on our boots, get on the ground and poke around,” Johnson said. “We were also able to map some of the impact of Katrina on archaeological sites by using pre- and post-Katrina imagery.”

Closer to home in north Mississippi, Johnson and his students take part in an ongoing summer excavation project at the Carson Mounds site near Clarksdale, one of the largest prehistoric ceremonial mound centers in Mississippi.

They also recently completed a report survey of the Cedarscape site outside Tupelo, the site of a well-preserved early 18th century Chickasaw village. The site is owned by the Archaeological Conservancy, with a long-term lease to the Chickasaw Nation.

“The Chickasaw have an interest in their homeland,” Johnson said. “Tupelo was where all the Chickasaw were up until 1800, and many treaties were negotiated there in the 1830s. They come back regularly and are hoping to increase their presence there.”

Caring for the historic site has meant engaging remote-sensing technology to more accurately map where on the site their ancestors once lived.

“We can tell them pretty precisely the location of Chickasaw houses and trash pits, so that they can build things on this property without destroying their own heritage,” Johnson said. “We also have similar interests in wanting to know how the Chickasaw reacted to French and English trade and military contact, and in wanting to preserve Chickasaw burial sites located within the village.”

While Mississippi’s Native American population makes up only a sliver of the state’s cultural makeup, many families who have lived in Mississippi for a few generations have a Chickasaw or Choctaw ancestor in their family tree.

“It’s an important part of the heritage of people here,” Johnson said. “You can learn about our recent Indian heritage through documents, but you can look at it in a different way using archaeological data.

“In that way, we’re providing a service not only to the Chickasaw and the Choctaw, but to all the people of Mississippi.”