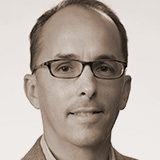 With more than 650 people incarcerated per 100,000 residents, Mississippi has one of nation’s highest per capita incarceration rates, and it’s a harrowing fact that some of those people are serving time for crimes they did not commit.

Since its establishment in 2007, the University of Mississippi-based Mississippi Innocence Project has provided legal aid and expertise to exonerate nine innocent men. Wrongfully convicted for murder, rape, armed carjacking and other crimes, the men were able to clear their names and walk free, but not without losing years or even decades of their lives to erroneous convictions.

In one case, a felon with a history of sexual assault convictions went without punishment for the murders of two 3-year-old Noxubee County girls while two innocent men served sentences for the crimes. The true perpetuator, Justin Albert Johnson, had been a suspect in both cases, a fact that was overlooked until the Mississippi Innocence Project secured DNA evidence linking Johnson to one of the crimes and prompting a confession. The exonerated men, Levon Brooks and Kennedy Brewer, were the victims of flawed forensic science and inadequate, underfinanced defenses; tragically, if Johnson had been apprehended for the first murder, the second never would have occurred. The case is a disturbing example of what can go wrong when the system fails, but it’s also a hopeful example of how innocence work can lead to amends.

“In one collaborative effort, we changed the medical and legal structure in the state for the good.”
—Tucker Carrington

Besides defending prisoners, MIP has initiated policy changes to correct flaws in the criminal justice system. In 2009, MIP helped state legislators craft a bill to allow post-conviction access to DNA testing and to require that biological evidence collected at crime scenes be preserved as long as a case is unsolved or a convicted defendant is under state supervision. MIP’s legislative successes also include the passage of a bill to financially compensate those who have been exonerated, many of whom have no money, housing or job opportunities and limited education. Most recently, the group led stakeholders from around the state in the process of reforming the state’s medical examiner law.

The medical examiner reform is a strong example of what can be achieved when the university works with partners around the state to address a problem in the criminal justice system, said Tucker Carrington, director of the Mississippi Innocence Project and assistant professor of law.

“Coroners came, people from the public safety commission came, a lot of legislators came—Brooks and Brewer, Mississippi Innocence, it was a big crowd, and it was the first time anyone had gotten that group of people together to say, ‘There’s a problem we need to correct,'” Carrington said. “In one collaborative effort, we changed the medical and legal structure in the state for the good.” 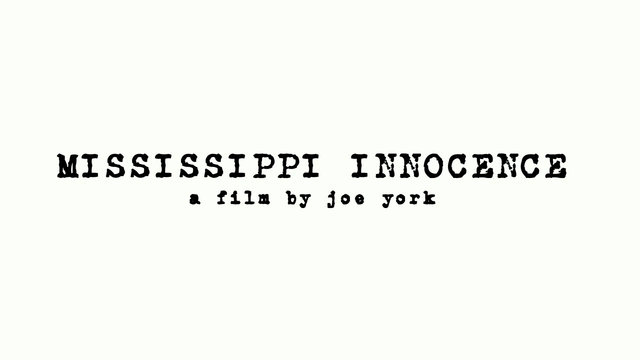 Mississippi Innocence, a film by Joe York, tells the story of the exonerations of Brooks and Brewer.

Carrington and his small team receive hundreds of applications each year from people seeking help behind bars. Pending litigation includes several DNA cases and several more that concern the flawed forensic procedures of a medical examiner who testified in hundreds of trials.

MIP was established in 2007 with support from the John and Renée Grisham Foundation, the Wilbur Colom Foundation and others. A film about the exonerations of Brooks and Brewer, Mississippi Innocence, has informed a wider audience about innocence work and has been featured in film festivals, viewed in law school classrooms, and screened by the Newseum and the American Constitutional Society and its chapters. 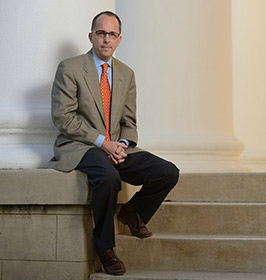 MIP also runs an Innocence Clinic through the UM School of Law. The clinic’s mission is to provide students with professional experience and an opportunity to serve the public. Students develop valuable legal skills as they assist MIP’s clients.

“Clinical education gives students a way to get their feet wet,” Carrington said. “They get to put theory into practice for the first time ever as lawyers. They deal with clients and witnesses and whoever else may be connected to a case for the first time. In a profession where those skills are of paramount importance, the educational component is critical.”

Carrington, who served as a public defender for a decade before directing MIP, said that the UM law school has its greatest potential for positive change in educating the next generation of Mississippi’s lawyers.

“We’re not going to change all of the race and class issues in the criminal justice system, but what we can do is produce lawyers who understand what it means to be a lawyer and to do that job ethically and zealously,” he said. “A lawyer’s ability to come up against what we think of as systemic issues that involve fairness, fundamental rights, race and class, and to reflect on those things is a rare commodity. Our hope is that they will take some of the lessons they have learned here and move the state forward.”